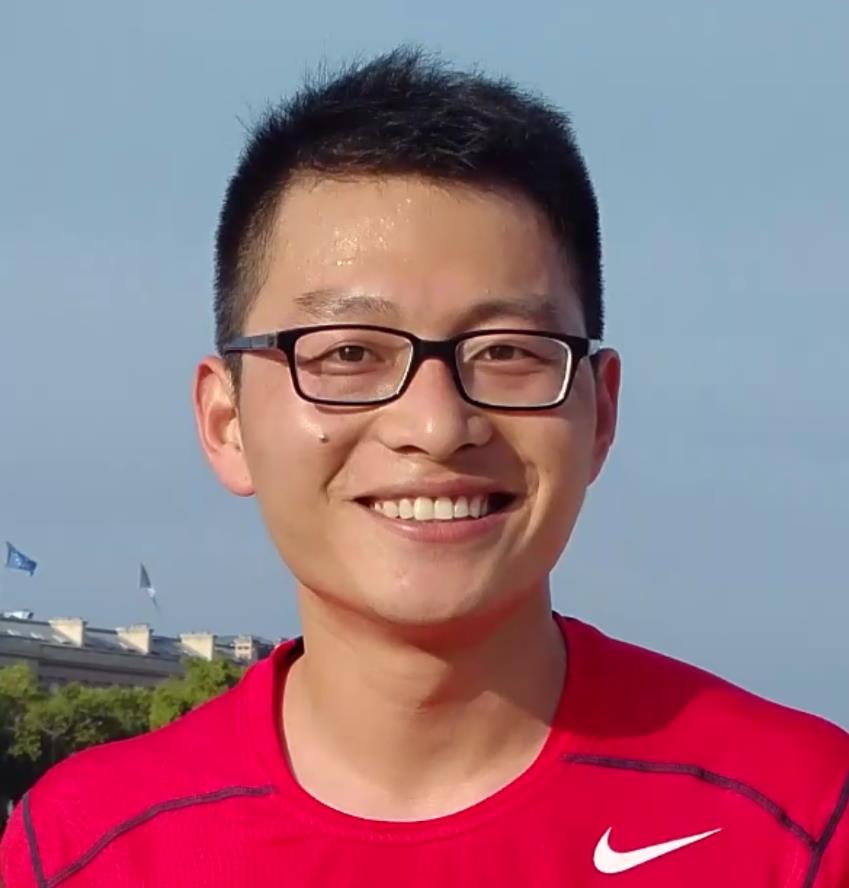 This work is supervised by Florence Tupin, Henri Maître and Loïc Denis.

Based on RABASAR provided data which have spatial varying ENL, we propose a simplified generalized log-likelihood ratio test (SGLR) method assuming that corresponding temporal pixels have the same equivalent number of looks (ENL). During the test, chi-squared probability distribution function is utilized to theoretically define the false alarm rate.

To compare with the state-of-the-art change detection methods, we processed popular used TerraSAR-X images acquired over Sendai. The changed areas in the images mainly have large magnitude changes. 9 temporal well-registered images are used for the preparation of denoised data, both for 2SPPB method and for RABASAR method. Only two images which were acquired in 06/05/2011 and 08/06/2011 are used for the change detection. 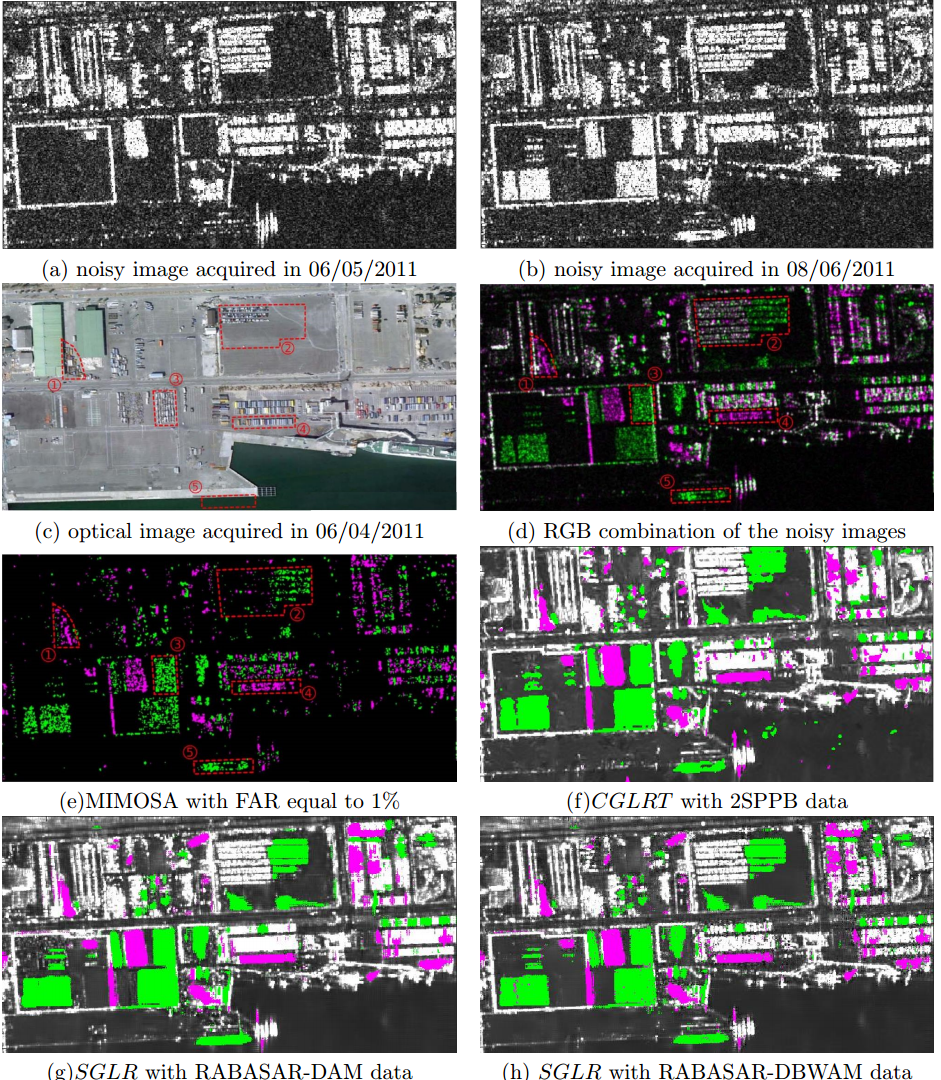 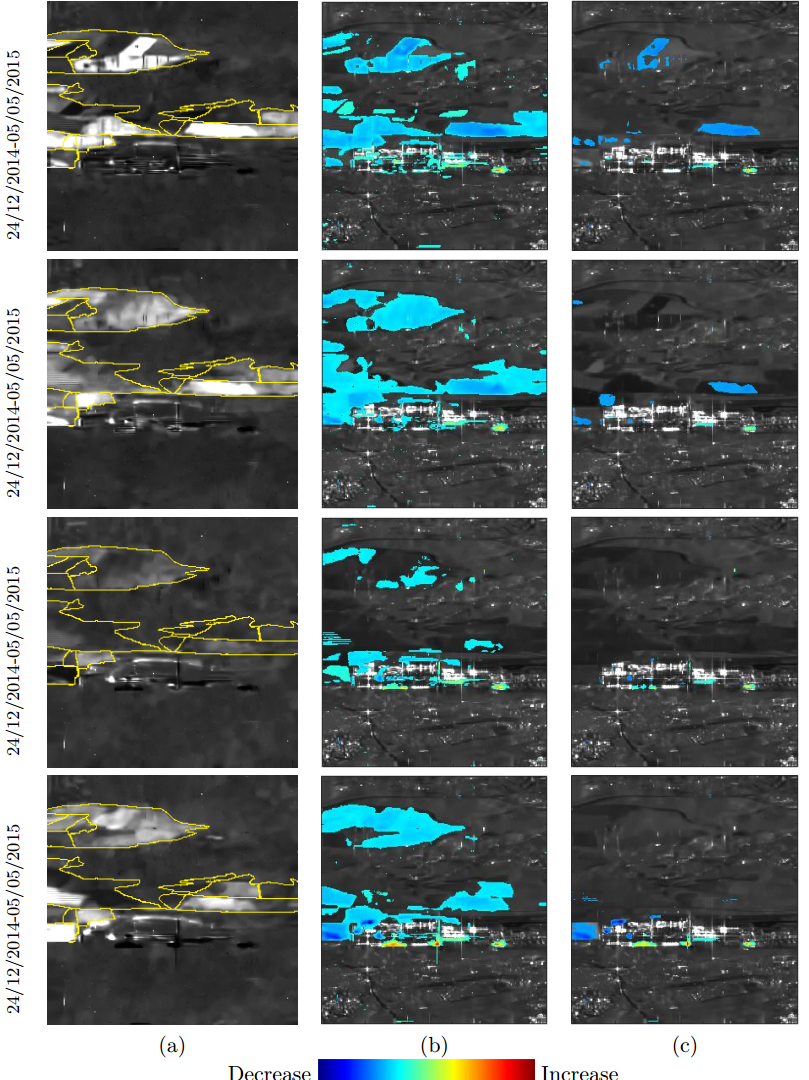 Figure 2. Cumulative change detection results. (a) ratio image between two different date, (b) cumulative changes without object weights, (c) cumulative changes with object weights which are used to suppress farmland area changes. The thresholds chosen for column (b) with Pfa=0.54% and Pfa=1% for column (c). The farmland areas boundaries are index using yellow line which is prepared manualy. The time intervals of the changes are shown above. Different colors represent the decrease and increase of the backscattering values. The temporal images are denoised using RABASAR-DAM method.

During the time series acquisition, the changes may occur multiple times and in different change magnitudes. To detect the change types, we propose an improved change classification method inspired by NORCAMA method [Su et al., 2015] and spectral clustering method [Shi and Malik, 2000, Ng et al., 2002]. In practice, the change types are transferred into a partitioning problem and detected using spectral clustering. 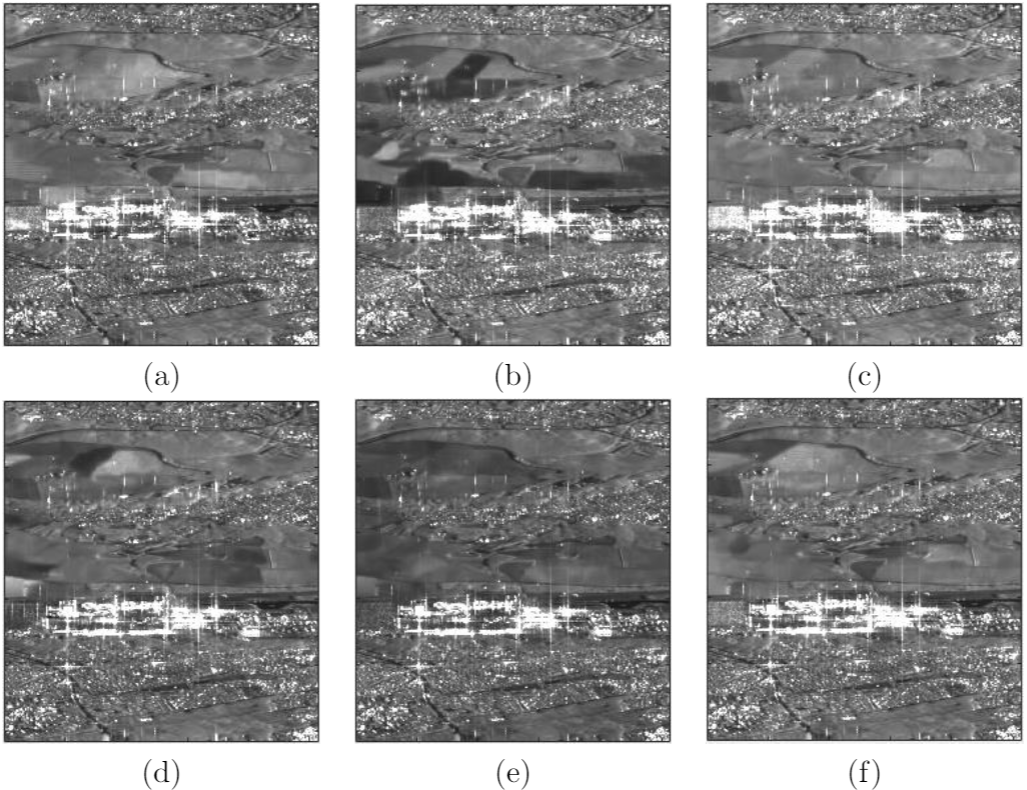 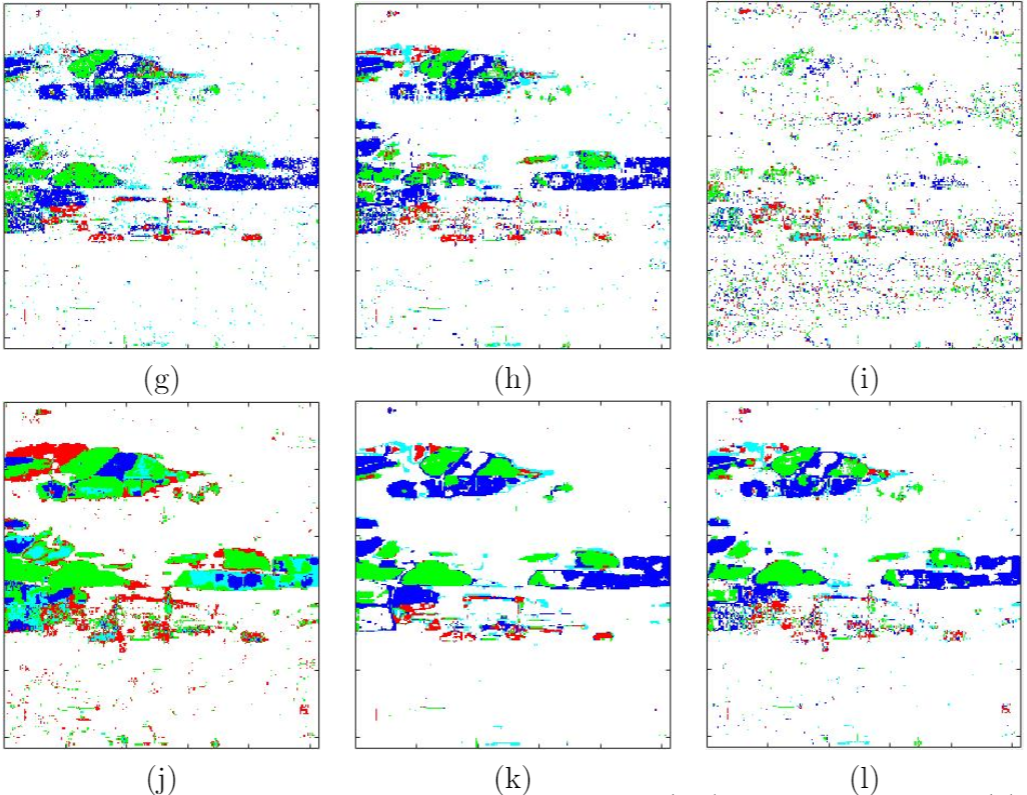 Change time detection is significant for land surface monitoring. Normally, changes may represent transitions that occur between states [Aminikhanghahi and Cook, 2017]. Currently, REACTIV method [Koeniguer et al., 2018] is a simple and high efficient time series change detection algorithm. It is based on HSV visualization space and exploits only time domain estimates without any spatial estimation. The principle of the method is to exploit the HSV color space, where the hue channel H represents the time, the saturation channel S is coding the temporal coefficient of variation, and the value V corresponds to a notion of conventional radar intensity.

However, the detection results are highly corrupted by its speckle noise. Even using some state-of-the-art denoising methods, the bias estimation in vegetation area still prohibit REACTIV provide the best performance. In addition, the color in REACTIV results represent the appearing date of maximum intensity values which can not indicate the change times.

We improved REACTIV method with RABASAR denoising results. In addition, we will use the generalized likelihood ratio test to detect the change starting and ending time, the maximum change magnitude time and the maximum change significance time.

We have applied the proposed method to flooding area monitoring. 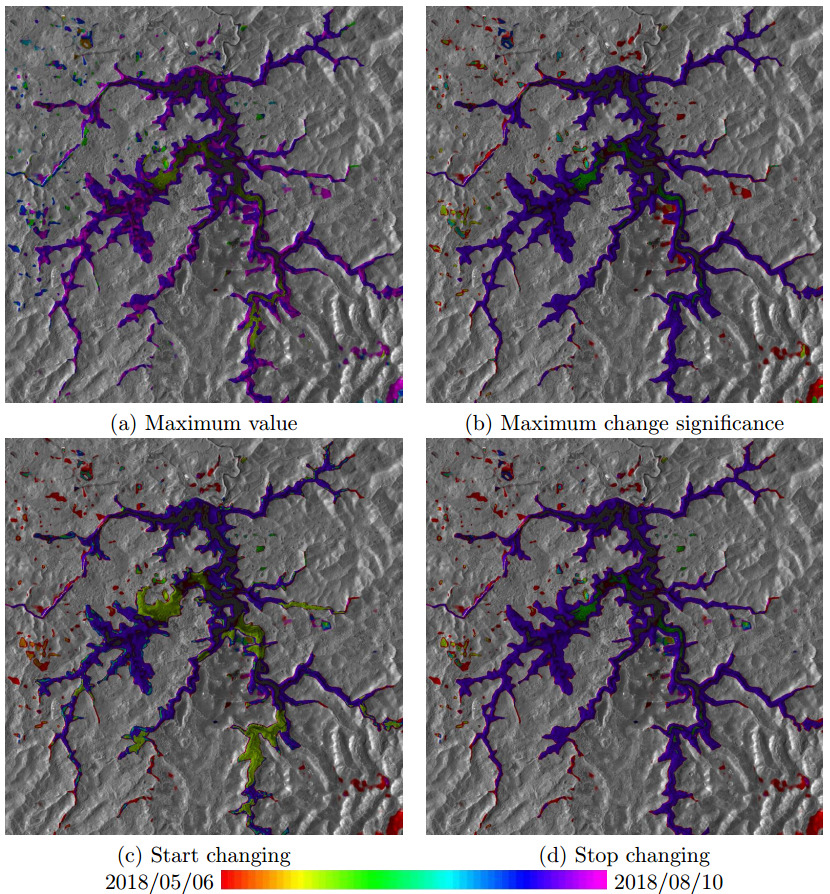 Figure 4. Flooding area change time detection comparison with 9 Sentinel-1 GRD data. The images are acquired over Xe-Pian Xe-Namnoy dam in the southeastern province of Attapeu in Laos. 87 temporal Sentinel-1 GRD images are used for the preparation of the arithmetic mean image. All the test images are provided by RABASAR-AM.

The detection results have high similarity with the results provided by ESA (https://www.esa.int/Our_Activities/Observing_the_Earth/Copernicus/Sentinel-1/Sentinel-1_maps_flash_floods_in_Laos).